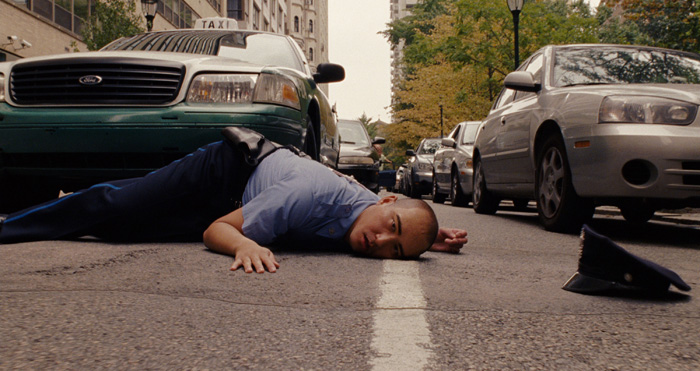 (This is a movie review of The Happening I wrote for another website under the name Capt Cranky.)

The other day I had to visit the pharmacy and pick up some doctor-prescribed salve for a rash I have in a personal place. I got this rash last weekend from a.. well, nevermind. Let’s just say it was worth it and for once I didn’t have to pay a shiny copper penny.

My vintage 1976 Chevy Monte Carlo is on the fritz again, so I had to take the bus. Whenever I’m forced to take the Chariot of the Devil, I try to avoid any communication with the peasants. It’s not that I don’t like the general public, I just hate them. I’ve been told by the police I can no longer hit them, so I figure I can avoid them by blending. I thought my best bet would to become a pod person, so I bought one of them Apple ear thingys. If you crank until your ears bleed, no one talks to you. If they do you can’t hear them anyway. Except for the hearing damage and dripping ear blood, it is a win-win situation.

I hate the bus, I hate the public, I hate going to the pharmacy and I hate this rash. I decided I might as well be my own Hellraiser Pinhead and make my suffering legendary – so I boarded the bus with Jewel’s first album playing on my iTard.

The bus was full and there was only one seat next to a handsome, well-dressed business man. Don’t get me wrong. By saying “handsome,” I don’t mean I want to share my rash with him, but he WAS a dapper looking gent. As I sat, he gave me a welcoming look and I think he said “hi.” I responded by loudly humming along out of tune to “Who Will Save Your Soul” and plopped down in my seat.

I don’t know what demon from Satan’s anus invented the bus seat, but as I sat, it felt like an uncoiled spring went right up my ass and perforated my spleen.

As I adjusted my seated violation, I caught a whiff of something vile. This is pretty common on the villageidiotmobile, so I tried to ignore it and breathe through my mouth. Nope, didn’t work. I can still smell it – like a red-hot cheese grater to the sinus. It smelled like a smallpox-infected cocker spaniel just dropped a three-year old McRib sandwich. My suffering meter peaked. I was forced to turn Jewel up to five – like dropping a brick on your foot to distract from the pain of just banging your head on a cupboard door.

I couldn’t figure out where the smell was coming from, so I stewed in the pew and tried to ride it out. I noticed the smell got worse when Dapper Dan looked my way. Did Handsome Jack just eat a McShit sandwich? Was this smell of lower intestine lofting from his ultra-white smile? The next time he turns my way I sneek a deep whiff. Sure enough he’d been Supersized. He looked like James Bond but smelled like my toilet after Uncle Bob desecrated it on Thanksgiving day.

As I begin planning my death, the nice-looking woman in front of me turns around. She starts yapping her jaw at me so I’m forced to take Jewel to eleven. She turns to Crappy McShitmouth and the two start talking.

So here I am, watching good looking people yammer on about something and I have no clue what they’re trying to say while this odor of Poo de Toilette lingers in the air around me as I begin to plan my own premature death in the unusual method of cranking Jewel’s shrieking vocalizations directly into my brain until I bleed out through my ears while sitting in the world’s most uncomfortable seat feeling like I was just anally violated.

And this reminds me of the movie “The Happening.”